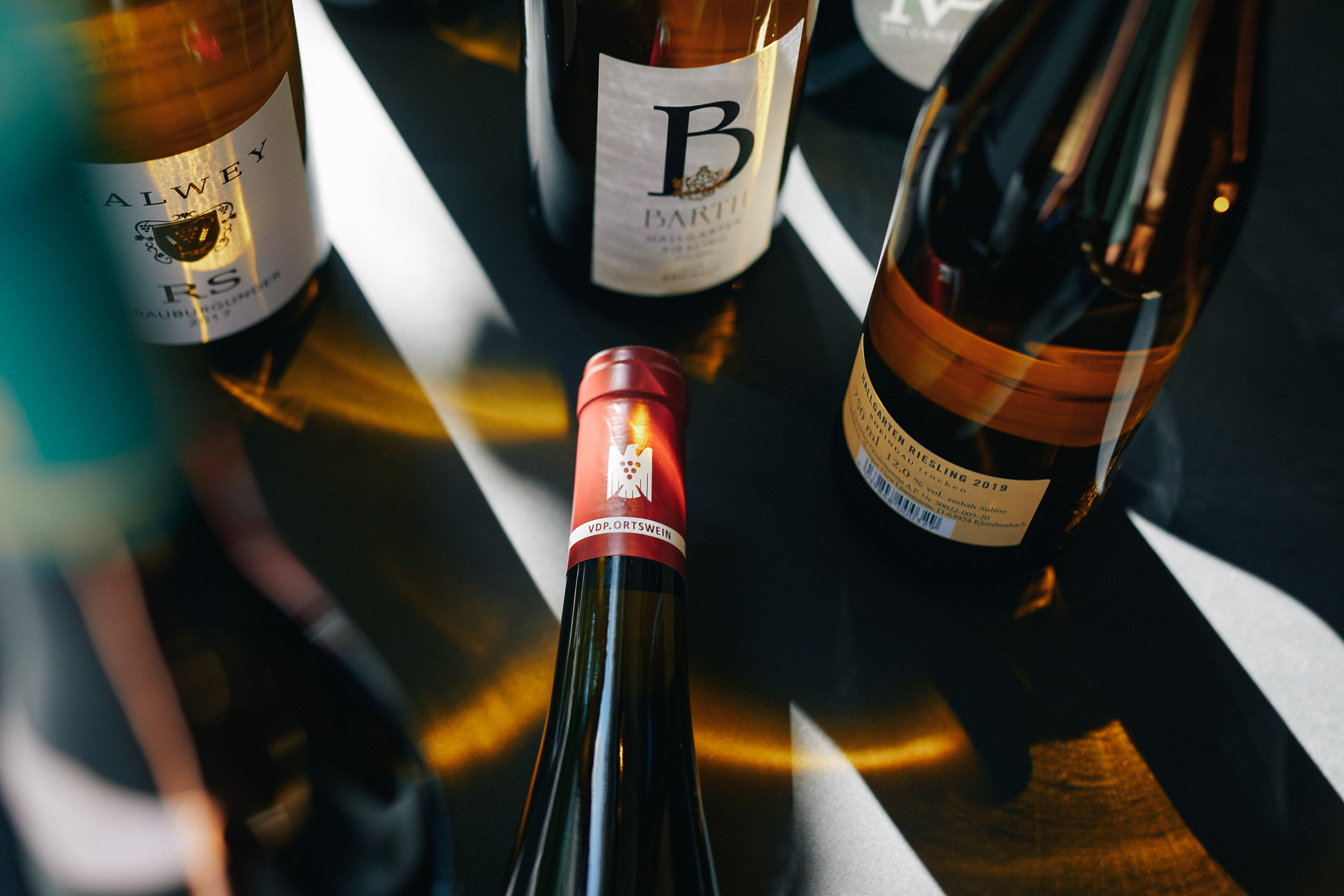 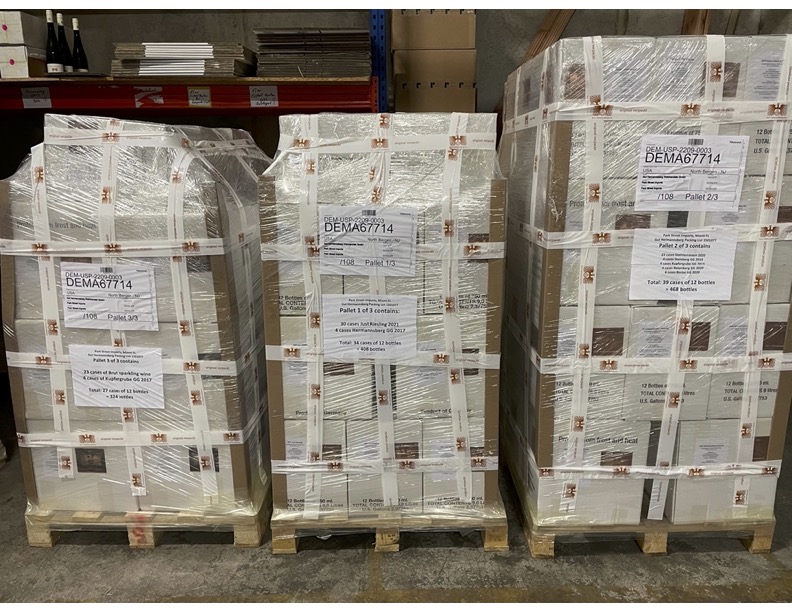 Late last week, a ship left the port of Rotterdam with a container of some of Germany’s most prestigious Rieslings from the spectacular Gut Hermannsberg in the Nahe.  A founding member of the VDP (Verband Deutscher Prädikatsweingüter), Germany’s highly regarded wine association, Gut Hermannsberg consists of 30 hectares of vines in seven vineyards, all designated Grosse Lage, Germany’s equivalent of Grand Cru.

Gut Hermannsberg was founded in 1902 as a State Domaine of the Kingdom of Prussia. It was an ambitious undertaking. Rugged, volcanic hillsides were cleared of shrubs, rocks and soil and (often with the help of explosives) laid out in terraces. It was three years before the first Riesling vines were planted and another two years before the first vintage. Work was not completed until 1914. Today, 95% of Gut Hermannsberg’s plantings are Riesling – a testament to their single-minded focus – and the property produces some of the purest and most elegant Rieslings in the world.

The estate is owned by Jens Riedel and Christine Dinse. Winemaker Karsten Peter’s ideal is to make wines that “reflect the character of the landscape in which they have grown,” and the wines do just that.

Wunderwein is importing Grosse Gewächse wines from five of Gut Hermannsberg’s Grosse Lagen vineyards. They are expected in port in late October and will be available for delivery on December 1st. Use the links below to pre-order. We expect these exceptional and rare wines to sell out quickly.

The name of this location says it all: on this south-southwest oriented steep slope, there are hard stones from Lemberg porphyrite, a light-colored, yellowish volcanic rock that reflects a lot of solar energy. Therefore, the extremely barren soils yield fresh and pure wines whose trademark is their crystalline charisma. In recent years, they have gained more and more elegance.

The 5.5 hectare monopole Hermannsberg Vineyard extends from the entrance gate of Gut Hermannsberg, to the manor house. What is not so easy to see when driving through the site is that it is the only one of the GG sites with slate soil. This is the source of the fine minerality of Hermannsberg wines. A layer of loess (fine earth blown by the wind) covers the slate at different depths and gives the wines their suppleness.  Dry Riesling from this site are never spectacular when young, but always cool and distinguished with a minty freshness, despite their rather generous nature and fine peach note. Only after a few years of aging in the bottle do they display all their seductive nuances.

The Schlossböckelheim Kupfergrube vineyard is planted atop a disused copper mine. The south-facing slopes and volcanic soil yield wines of great power, with a warm spiciness and a hint of smoke. A small quantity of the 2015 and 2017 vintages have been held back for these rare, late-releases.

The Altenbamberg Rotenberg vineyard is aptly named. The highest of the Gut Hermannsberg vineyards, its soils are noticeably red from their high iron content. The wines show a pronounced minerality, with aromas of juicy stone fruit, wild herbs, and tangerine peel.

The Traiser Bastei is one of the most spectacular vineyards in the world! Like an amphitheater, the gigantic Rotenfels towers over one of the smallest GG vineyards in Germany: just 1.8 hectares of which Gut Hermannsberg owns a little more than half. As a late release, the Bastei GG is allowed to remain on the lees for two years before it is bottled and sold. Gut Hermannsberg owns just one hectare of vines in this exceptional location, the Bastei GG is always strictly limited and sells out quickly. 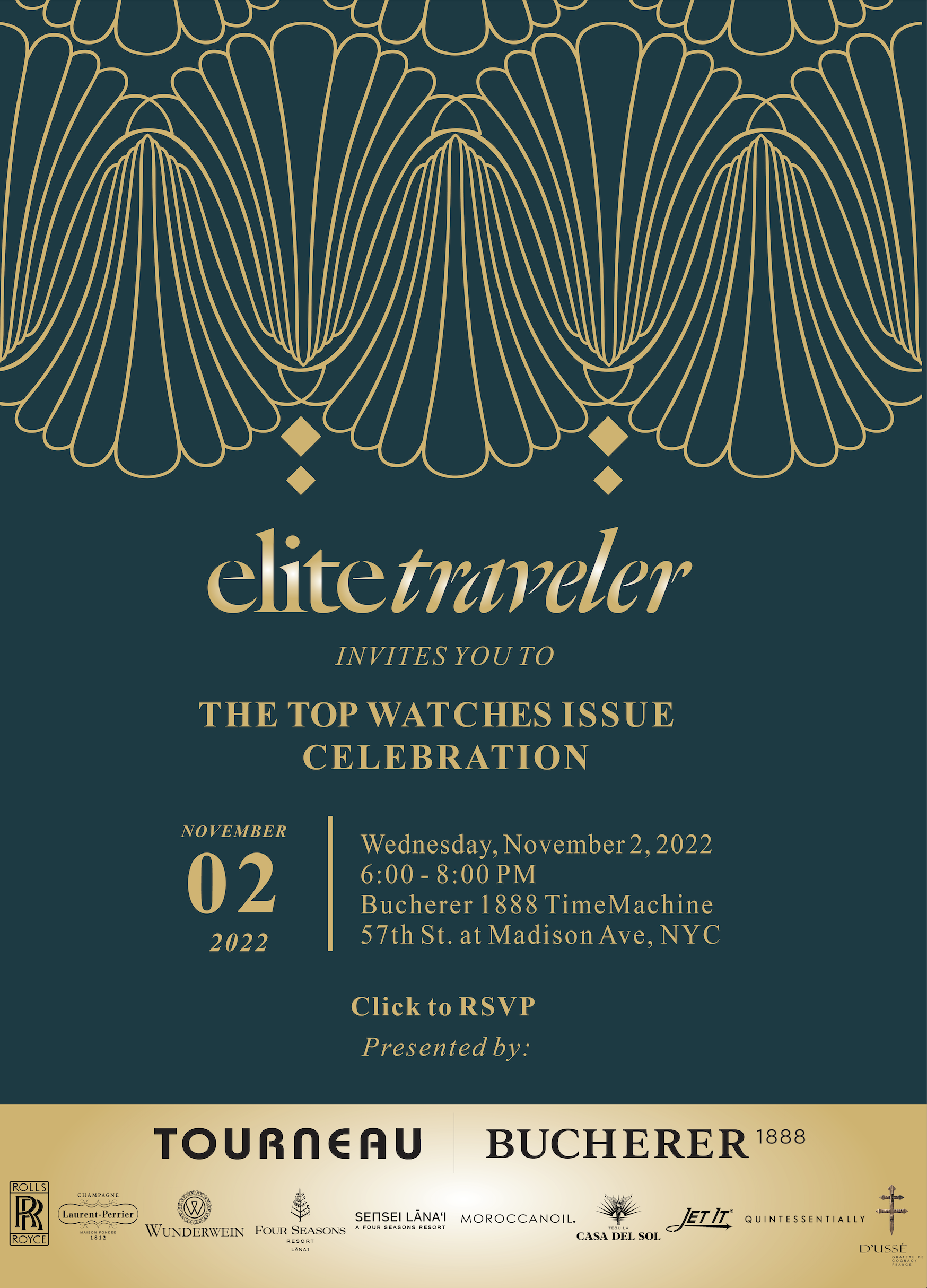 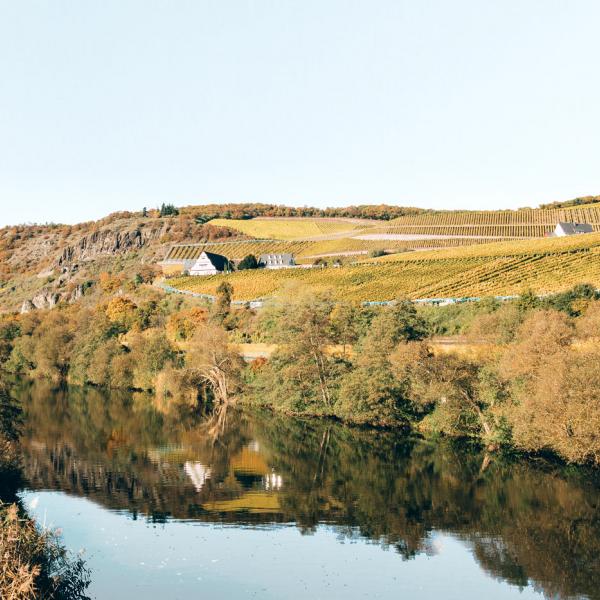 Enjoy great German wine and learn about it, too!